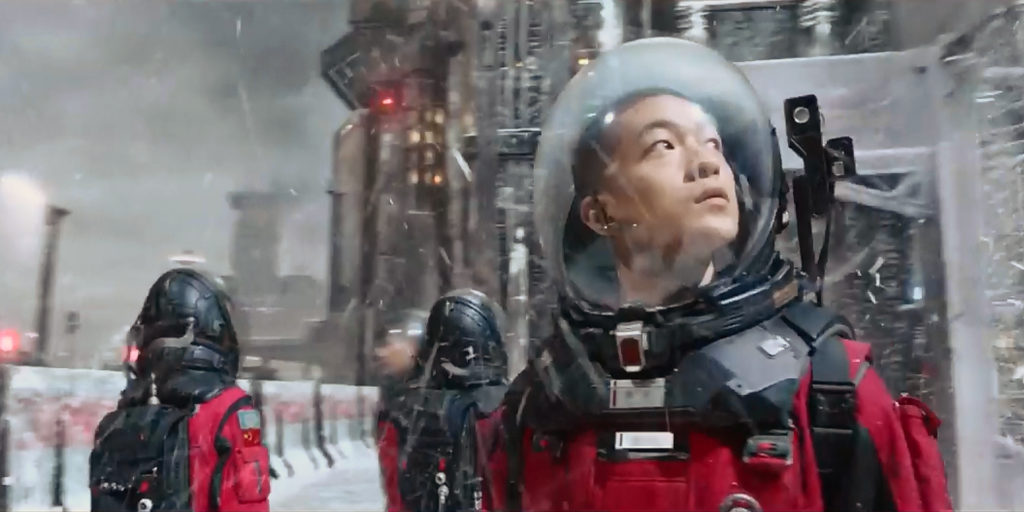 Black holes have inspired science fiction writers and provided the context for some iconic sci-fi movies including Event Horizon, Star Trek and Interstellar . These movies provided the general public with a basic understanding of black holes, and gave us a guide to what these massive cosmic objects would actually look like.

But did you know that China has a rich cannon of science fiction literature? Furthermore, many of the country’s most popular sci-fi novels now available in English.

In the preface to his translation of ‘From the Earth to the Moon’, Lu Xun gave science fiction a glowing endorsement, writing “Science fiction is as rare as unicorn horns, which shows in a way the intellectual poverty of our times.”

Over the past 80 years, the popularity, and accessibility, of science fiction in China has been intrinsically linked to the social and political climate of each decade.

Chinese Sci-Fi and the Cultural Revolution

Soon after the establishment of People’s Republic of China in 1949, science fiction from the Soviet Union was embraced by the establishment. Stories by Alexander Belyaev , the ‘Russian Jules Verne’, were translated into Chinese and used to inspire scientific developments which would benefit the socialist revolution.

One of the most popular texts of this period was ‘From Earth to Mars’ written by Zheng Wenguang, an astronomer at Beijing Astronomical Observatory. The story, about three children stealing a spacecraft and heading off on an adventure to Mars captured the public’s imagination and led to a sales boom in telescopes.

Unsurprisingly, science fiction was not embraced by the cultural and social upheavals of China’s Cultural Revolution. From 1966 to 1976, sci-fi was effectively banned.

From 1978, as economic reforms were introduced by Deng Xiaoping sci-fi writers were again able to publish their works, as China looked to science and technology as ‘the number one productive force.”

Unfortunately, it wasn’t long before sci-fi again fell foul of China regulators. During the 1980s it was even labelled “spiritual pollution” – ironically a great title for a dystopian sci-fi novel.

Since the turn of the 21st Century, as China’s economic and geopolitical confidence has grown, the country has made ambitious plans for space. China has already succeeded in landing on the dark side of the moon. Chinese authorities are planning a mission to Mars and a permanent space station.

As China’s leadership invest heavily on space exploration, it’s little surprise that Chinese science fiction is revealing in a golden age with many of the country’s writers being recognised internationally.

One of China’s breakthrough sci-fi novels is The Three-Body Problem by Liu Cixin which was translated by Chinese-American author Ken Liu. Ken Liu’s tireless work, translating and publishing Chinese sci-fi has been instrumental in raising the stature of Chinese science fiction. Ken Liu’s own novels, including Invisible Planets , Broken Stars  and The Legends of Luke Skywalker , have also been critically acclaimed.

For those more interested in watching science fiction on the big screen, rather than reading it from a paperback, check out The Wandering Earth. This movie, which is based on the novel by Cixin Liu, has been well received in cinemas  worldwide. Wandering Earth is due for release on Netflixlater this month.