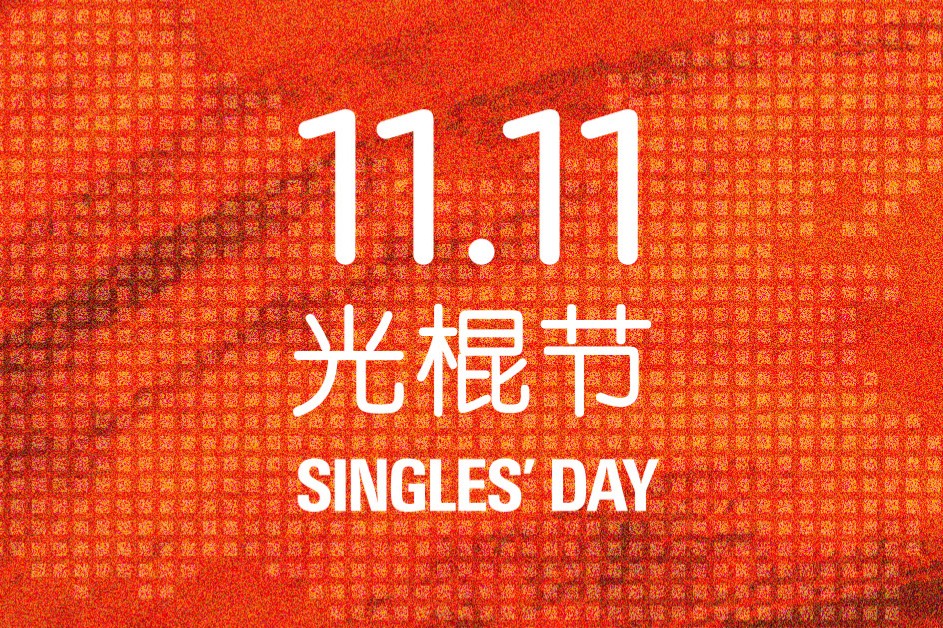 Not only does China celebrate Valentine’s three times a year , but the country also has an anti-valentine’s celebration, known as Singles Day (光棍节), and it’s become the world’s biggest shopping day.

While Chinese society continues to exhort traditional family values , there remains enormous pressure on young people, especially women, to marry, settle down and start families before they become ‘too old’. Parents and extended family members are often overly zealous to ensure their children are married before they reach the age of 30.

China has undergone massive economic and social changes in the past decades, and younger generations are less keen to be married off early, realising the joys and freedoms of being independent, remaining single and enjoying life without the ties and responsibilities of children and partners.

It’s partly in response to the pressures that young Chinese singles face that Singles Day has grown to be one of China’s largest unofficial holidays.

Singles Day originated from Nanjing University in 1993, when students decided to embrace and celebrate their singlehood, rather than feeling subjected to the negative stigma associated with not having a partner. The date, 11th November, was chosen because the number ‘1’ represents a single individual and so 11/11 is a date for all who are single.

During the 1990s Singles Day spread from Nanjing University to other university campuses and then slowly into mainstream culture. Singles Day is now celebrated by friends meeting up, socialising, shopping and a little self-indulgence.

While Singles Day is not widely known outside Asia, ‘self-partnering’ and being ‘single-positive’ is becoming an increasingly popular lifestyle choice throughout much of the world. In a recent interview with Vogue magazine, Emma Watson shared how she had initially been “stressed and anxious” heading into her 30s without a husband, as a result of societal pressures, but she has since embraced her lifestyle choice, “I call it being self-partnered.”

Emma Watson is not the only celebrity to ignore societal pressures to be in a relationship. Singers Selena Gomez and Ariana Grande have also embraced being single, talking about the joy of being “super, super single” women, and how being single has helped them to be more productive.

Not only are more singles now celebrating their lifestyle choice, but scientists have identified single women as the happiest and healthiest  subgroup of the population. Findings by behavioural scientists from London School of Economics conclude single women live longer, more fulfilled lives than women who are married.

According to author Danielle Wrate choosing to be single is empowering , “Once you’ve found a way to enjoy your own company and go out alone, it’s liberating.” Danielle also believes that attitudes are changing, and that “The stigma of being out alone is dying out.” Something that all those who celebrate Singles Day in China will be only too glad to hear.

Unfortunately, like all great festivals, Singles Day has been subject to flagrant commericaliation. In 2009, the CEO of China’s online shopping giant Alibaba, rebranded Singles Day as 11/11 Shopping Festival, with huge savings and promotions on clothing, accessories, electronics and jewelry.

Alibaba’s sales model was based largely on that used by Amazon during Black Friday , with special offers available for just 24 hours. The 11/11 Singles Day Sales are now bigger than Thanksgiving, Black Friday and Cyber Monday combined with about $30 billion in retail sales last year.

Analysts predict this year’s sales to hit $37 billion, a figure which dwarfs those of the US holidays which amount to $6.2 billion on Black Friday, $7.9 billion on Cyber Monday and $4.2 billion on Amazon Prime Day.

While the commercialisation of Singles Day may have weakened some of this holiday’s social impact, it does now give everyone a chance to indulge in a little self-love without feeling guilty — and that’s something we all need from time to time.