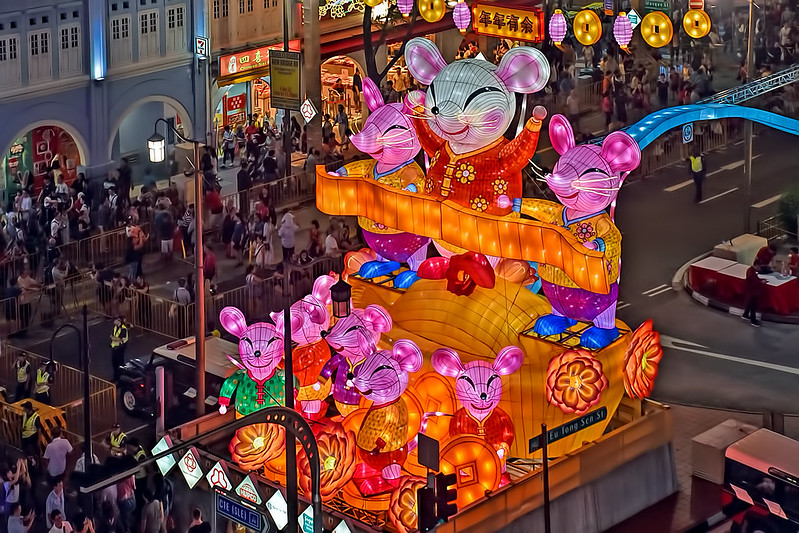 Get Ready for the Year of the Rat

On Saturday 25 January, 2020, millions of people across the world will celebrate Chinese New Year and the arrival of the Year of the Rat (鼠年).

The Year of the Rat, which will run from 25 January, 2020 to 11 February, 2021, is considered a year for optimism, new experiences and new beginnings. While in English we refer to this year as Year of the Rat, the Chinese word shǔ (鼠) actually refers to rats, mice, or other rodents.

An interesting fact about the Year of the Rat is that it’s the first of the 12 zodiac signs, and this is why the Year of the Rat is considered a year of renewal. According to an ancient Chinese folk story, the Jade Emperor called 13 animals to a meeting and announced that they would compete in ‘The Great Race’ to determine the order of the years on the calendar. The rat travelled on the back of the ox during the race, leaping off towards the end to claim first place. The pig stopped to eat and then fell asleep so arrived last.

Of the 13 animals invited to join ‘The Great Race’ only 12 succeeded. The cat failed to complete the race and so there is no Year of the Cat. There are two popular explanations as to why the cat failed to complete the race, and they are both linked to the trickery of the rat. The first, and most popular, version of the story explains the rat pushed the cat into the river and the cat drowned (thus cats dislike water and rats). The second version tells of how the rat told the cat the wrong day of the race, so the cat arrived one day late. The rat’s intelligence, agility and quick-thinking enabled it to win the contest, defeat the cat, and become the first year in the zodiac’s 12-year cycle.

As a result of the rat’s cunning, people born in the Year of the Rat are characterised as smart, resourceful and quick-witted. They are belived to have great imaginations and make sharp observations. Men born in this year are able to adapt to new situations, while women are caring, organised.

The Chinese New Year, which in China is more commonly referred to as the Spring Festival (春节) is celebrated by over 2 billion people and the closest comparison in the US would be combing Thanksgiving, Christmas and the Super Bowl all into one!

In China most employees have between 7-12 days off work and it is tradition to return home, making for the world’s largest annual migration .

If you’re in China for this year’s Spring Festival, here are a few important tips to ensure you enjoy the celebrations, and you get the best possible start to the year ahead!

– In the days leading up to New Year, windows are washed, floors swept and furniture dusted to wipe away bad luck from the previous year. Then, on the first day of New Year all cleaning stops.

– Red is the color for good luck and is often used for new year decorations which are put up on walls and above doors.

– If you have traditional Chinese clothing, this is the time to wear it. Colourful clothing is associated with joy, happiness, luck, wealth and good fortune.

Many Chinese head to temples during the holidays to pray for good luck for the year ahead.

– Give (or be given) money in red envelopes. Adults give lucky envelopes of money to children during this holiday.

– Having invented fireworks hundreds of years ago, the Chinese definitely know how to put on a show. Private fireworks are limited in many cities but the public fireworks events are really something special!

Finally, to make sure you have a great New Year, learn these useful phrases to impress friends and acquaintances during the holidays!