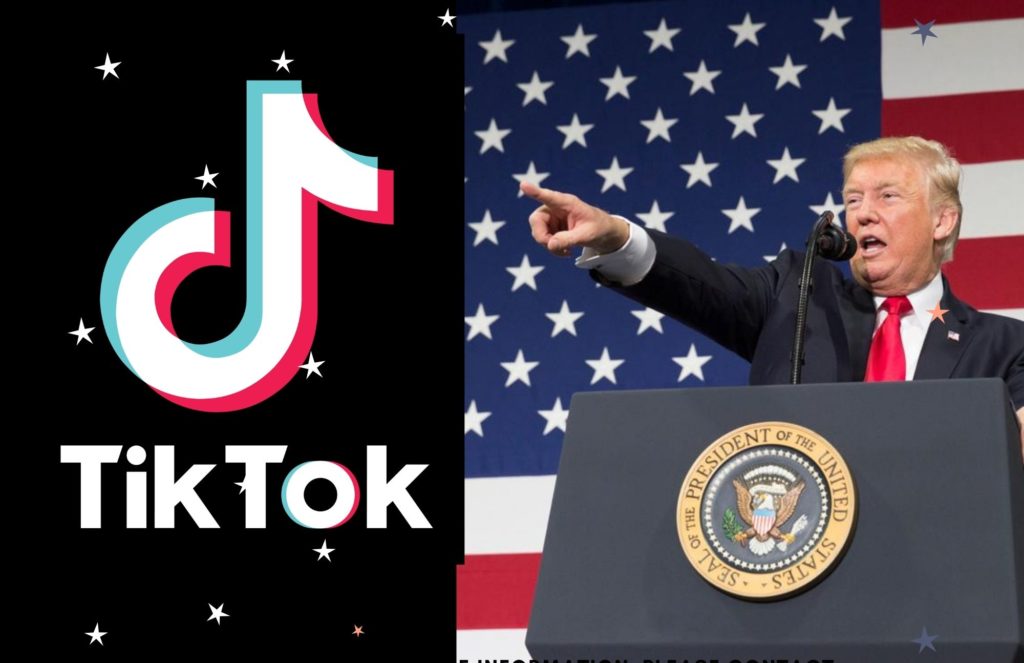 President Trump has further increased tensions between the US and China by issuing an executive order that will remove two of China’s most popular apps from the Apple and Google app stores. Like many presidential announcements during Trumps’ chaotic tenure, this latest announcement took most observers by complete surprise. According to the executive order WeChat and TikTok will be removed from the Google and Apple app stores by 15 September, unless these companies are bought by ”very American” companies, such as Microsoft.

WeChat is China’s most popular messaging app with over one billion monthly active users. WeChat encompases more than social media apps such as Facebook or Twitter, with users able to pay bills, pay for products in shops and transfer money via the app. Furthermore, WeChat is the platform on which millions of Chinese living abroad stay in touch with family and friends back home. Blocking WeChat in the US would do most harm to the Chinese community in North America, as their ability to stay in touch with friends and relatives would be drastically curtailed.

TikTok is far more popular in the US than WeChat. It is currently one of the world’s most used apps, it has been downloaded over 2 billion times and it is exceedingly popular with tech-savvy Gen Z youth. A ban on the app would be neither easy nor popular. Although TikTok has been targeted by the White House due to security concerns, some observers have suggested that Trump is targeting TikTok after campaigns on the app helped ruin his political rallies. During the build up to Trump’s controversial rally in Tulsa, TikTok Teens organized campaigns to book tickets with no intention of attending, leaving thousands of seats empty, and a very angry President Trump!

According to President Trump, WeChat and TikTok threaten, “the national security, foreign policy and economy of the United States.” Speaking from the White House, Peter Navarro the director of trade and manufacturing policy, gave more details about the threat to US national security,

“Mobile apps like TikTok and WeChat that collect your personal or business information and that can track, surveil or monitor your movements put you and your family in the cross hairs of an Orwellian regime,” adding, “It’s 10 p.m. Does the Chinese Communist Party know where your children are at?”

Are WeChat and TikTok really threats?

Or is this just a part of the ongoing US-China trade war and the struggle for tech dominance?

Intelligence agencies do not see TikTok as a threat in the same way Huawei, the Chinese telecommunications giant, could be. Chinese intelligence authorities may be able intercept data or use Chinese apps to pull information from smartphones but there is no evidence they have done so yet. There are also worries about the location data collected by these apps, and for this reason the American military and intelligence agencies have banned the app from official phones and discouraged its use on personal phones. Some American businesses have also raised concerns about their employees using Chinese apps. Earlier this year the bank Wells Fargo told its workers to delete the app from their phones and in July, Amazon sent an internal email to company employees telling them to remove the app.

As one social media user explained to The Guardian newspaper, “I don’t really care that these corporations have my data as long as I know they have it,” Sparrow said, adding, “At this point, I’m so used to all social networks having all of my data that I feel it’s just the price I have to pay to connect with others.”

Ironically, much of the information which Trump is concerned about China accessing is already freely available, as Whitney Merrill, a former lawyer for the Federal Trade Commission, explains,

“China could buy similar mobile data from data brokers or ad networks. Most ad networks are collecting the same, if not worse, information.”

The move against WeChat marks a shift in the American approach to the Great Firewall, which for years has kept companies like Facebook and Google from operating in China. Restricting WeChat and TikTok could be the first steps in a tit-for-tat and there is a concern in Silicon Valley that Mr. Trump is opening the door for countries around the world to declare Facebook and Google to be similar threats to their own security. Something that greatly worries Silicon Valley giants.

Trump’s targeting of China’s technology companies could also have an impact on some of the world’s largest gaming companies. Tencent, the parent company of WeChat, owns Riot Games (100% stake) and has an 84% stake in Supercell, and has also invested in Ubisoft and Activision Blizzard. Furthermore, Tencent has a 40% stake in Epic Games, the maker of Fortnite, one of the most popular games in the world.

Shortly after Trump’s initial announcement, a White House official tools steps to calm the nerves of US-based gaming companies, ‘Video game companies owned by Tencent will NOT be affected by this executive order! White House officials confirmed to the LA Times that the EO only blocks transactions related to WeChat. So Riot Games (League of Legends), Epic Games (Fortnite), et al are safe’

Video game companies owned by Tencent will NOT be affected by this executive order!

With so much ambiguity surrounding President Trump’s executive order, many are hoping that Microsoft can strike a deal with ByteDance, the creators of TikTok, before the September 15 deadline. While a deal with ByteDance is currently being negotiated, it’s extremely unlikely a US company will be able to purchase WeChat. Although, many observers suggest that if TokTok goes to a US company, Trump will reel back his threats towards WeChat.

Microsoft and TikTok may seem like an odd couple because, with the exception of LinkedIn, Microsoft has little presence in social media technologies. However, this is exactly why it is such an important move. If Microsoft wishes to avoid falling behind by other tech giants, it should grab this rare opportunity to acquire the hottest social app. Microsoft’s other products would also benefit from using data from TikTok to develop their AI algorithms, spot the latest trends, train software to lip-read, and improve speech recognition.

What will happen on September 15?

Whether Trump will actually force Apple and Google to pull China’s leading TikTok and WeChat from their app stores remains to be seen. Being as unpredictable as he is, it’s impossible to guess what will happen next month. One thing is for sure, there will be a lot of angry youth if TikTok is banned in the US!!