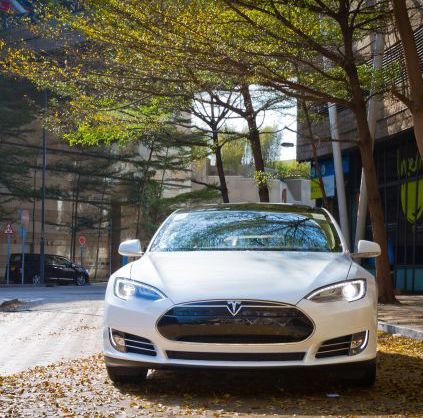 When Beijing laid out plans to champion renewable energies, and reduce the country’s reliance on fossil fuels, many observers were skeptical. However, the boom in China’s EV research, development, manufacturing and sales have proven skeptics wrong and allowed China to take the lead on next-generation electric vehicle technologies.

Beijing’s renewable energy policies have been supported by vast financial investment in the EV industry, and a vision of dominating next-generation technologies. These initiatives have made China the world’s biggest supporter of electric cars, and the most powerful political force driving the electric vehicle revolution.

Alongside government support, the popularity of electric cars in China has been aided by the country’s existing infrastructure. China’s dense, crowded cities mean drivers require vehicles for shorter distances compared with more sparsely populated cities, like in the US. Furthermore, China’s extensive high-speed rail network eliminates the need for most car owners to drive long distances between cities.

China’s transportation infrastructure and the central government’s promotion of EVs has made electric cars extremely popular, and experts are predicting that all cars in China will be electric by 2030.

With Beijing issuing regulations which require auto manufacturers to sell more alternative-energy vehicles and rumours that the Chinese government will soon ban the production of fossil fuel vehicles, automakers worldwide are speeding up their efforts to develop competitive electric cars.

As Michelle Krebs, a senior analyst for Autotrader, explains, China’s influence on the automobile industry is massive, and the policies coming out of Beijing are forcing manufacturers in Germany, Japan and the US to bring forward their schedules for the development of electric vehicles. Auto manufactures which delay their transition to electric powered vehicles may lose out on what is set to be the most significant developments in personal transportation since the 1950s.

“Any automaker that is a global automaker has to be focused on China, the world’s biggest market now and likely into the future… China is too big to ignore.”

General Motors and Ford recently announcing their plan to include 33 electric models in their new lineups. Volvo has announced it will stop making vehicles powered by internal combustion engines by 2019, and will introduce five brand new electric vehicles by 2021. Honda, which had previously been focusing on the development of hydrogen and hybrid cars, has modified its plans in the wake of China’s pro-EV policies and now plans to launch two brand new EVs, specifically for the Chinese market, in 2018. Toyota is aiming to surpass Tesla’s EV expertise with the development of brand new models which will use all-solid-state batteries, allowing ultra-fast recharging.

While China has been enticing global manufacturers like Volkswagen, General Motors and Tesla to establish research and production facilities in China, the country’s leaders are also keen to ensure Chinese manufacturers remain competitive and innovative. Currently, the best selling EVs in China are all locally produced, with Kandi Technologies, BYD, Chery and Zoelte dominating the Chinese market.

China has also been resolute to tackle the largest obstacle in the transition from gasoline to electricity – battery charging facilities. According to China’s 13th Five-Year Plan, the country aims to build enough charging facilities to cater for five million electric vehicles by 2020. The latest available statistics (from 2019) indicate there are now over 516,000 public charging points nationwide.

In China’s biggest cities, the target is for public charging facilities to never be further away than 5km. Beijing and Shanghai have already reached these goals.

Regional leaders hoping to remove deadly polluting vehicles from their cities’ streets, would be advised to follow China’s lead, invest in EV charging infrastructure and embrace the inevitable death of the combustion engine.