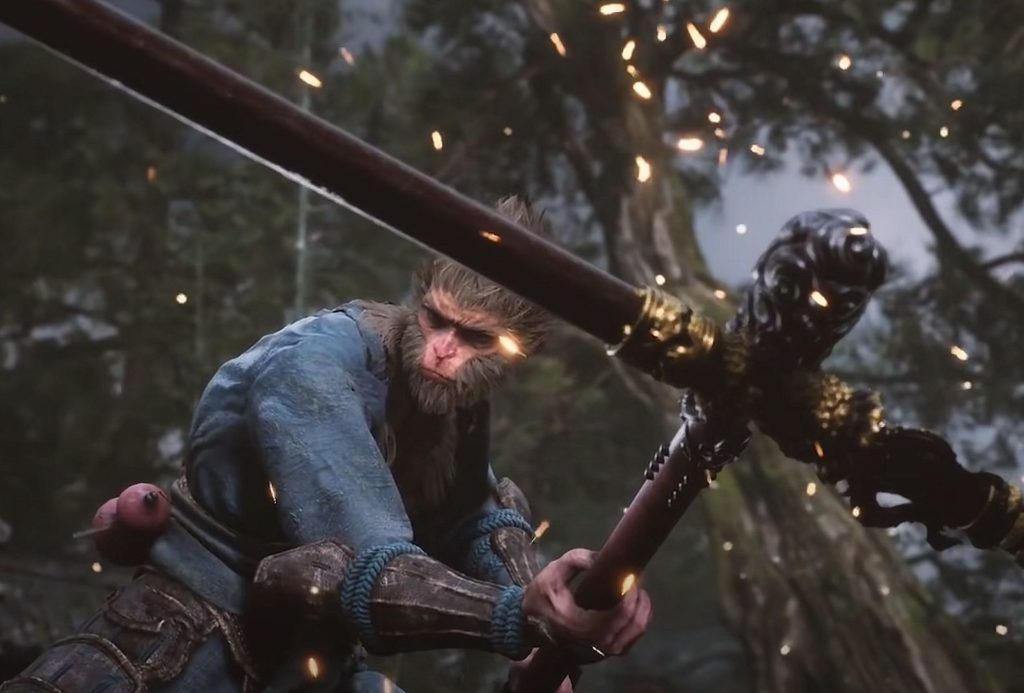 A small gaming development team based in Shenzhen, Game Science Studio, has set the international gaming community abuzz with a preview of their latest RPG computer game based on the classic Chinese tale ‘Journey to the West’.

The preview, which has now been released on YouTube, shows 13 minutes of an action-adventure video game featuring the legendary Wukong, more commonly known to Western audiences as the Monkey King.

“Journey to the West” is a 16th century novel and is considered one of the most important texts in Chinese literature. This classic Chinese tale is set during the Tang dynasty and follows the pilgrimage of a Buddhist monk, Xuanzang (Tripitaka), and his band of followers, Wukong (Monkey King), Bajie (Pigsy) and Wujing (Sandy), as they search for sacred Buddhist scriptures.

The video preview of this RPG adaptation begins with scenes introducing the legend of ‘Wukong’ and ‘Journey to the West’ before following a bee through a lusciously detailed forest. The graphic effects are stunning and the environments are incredibly detailed. After passing through the forest, the bee suddenly transforms into the Wukong and gameplay begins with the Monkey King battling various enemies using his magical black iron staff.

The video demonstrates how the game, ‘Black Legend: Wukong’, incorporates the legendary demons of ‘Journey to the West’ as well as the magical abilities which are attributed to Wukong. Many of the combat skills seen in the trailer, such as transformations, cloud riding and fighting with a magical staff come straight out of the 16th Century text. In one boss fight Wukong pulls hairs from his body and magically transforms them into clones of himself in order to overwhelm the enemy, just as he does on numerous occasions in the classic Chinese text.

According to the 500-year old text, Wukong’s magical abilities including:

– Heavenly transformation. The ability to shapeshift into different people, animals, and objects.

– Cloning. The ability to clone himself multiple times.

– Weather manipulation. The ability to control the weather.

– Magical Spells. A knowledge of magical spells which can control gods and spirits.

– A Flying Cloud. The ability to control a flying cloud (a feature which inspired the flying Nimbus in the hugely popular anime cartoon Dragon Ball).

– Martial Arts. Wukong is skilled in many forms of armed and unarmed martial arts.

During Wukong’s journey from China to India he encounters over 30 villainous entities determined to stop Tripitaka, the Monkey King and their companions. The ‘Black Legend’ preview on YouTube shows many of these opponents including a vicious werewolf creature, a giant rolling spider made entirely of bones and a thunder-wielding sword fighter.

The legend has already been adapted for the cinema and television over a hundred times. You can find different versions of the story on YouTube and Netflix. There are a handful of video games already attributed to the legend of the Monkey King, but this version looks set to be far more detailed.

What is particularly exciting about this Wukong game, is that it’s being developed in China by a Chinese team and from what we know so far, this game will outshine all previous attempts to bring this legend to the gaming community.

According to South China Morning Post, the video for ‘Black Myth’ was originally uploaded to Chinese video site Bilibili, where it received millions of views in the first 24 hours. It was also a top-trending hashtag on Chinese social media site, Weibo.

Interestingly, the video was never intended to be made public. Company director, Feng Ji, explained that the video was created to attract talented developers to join Game Science Studio to complete this Journey to the West inspired computer game.

Game Science’s operations director Lan Weiyi explained the decision to develop a triple-A game in China was made in 2017 after the team realised the potential of the Chinese gaming community, with more Steam users based in China than in the US, and 1 million Chinese gamers regularly playing Grand Theft Auto on Steam.

Lan also wrote a blog post on Weibo detailing everything wrong with the video, calling on viewers to “forget” the footage and let the team get back to work until the game is ready for a larger audience.

Unfortunately, no release date for this ‘Journey to the West’ computer game has been announced. A FAQ on the company’s website states that it “shouldn’t take 500 years!” When released Game Science intends the game to be available on next generation consoles and on PC.

So long as it’s not ‘500 years away’ it will be well worth the wait, with the brutal-looking real-time combat, rich level design, and some extraordinary boss fights, it looks like ‘Black Myth’ will be a massive hit when it is released!