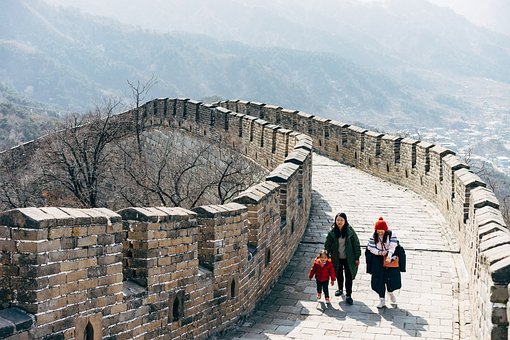 China is a fascinating country with a rich culture and a long history. As China takes an increasingly important role on the world stage, more and more people are interested in better understanding the country, the people and the culture. So what is the best way to gain a deeper understanding of China?

Listed below are five tips for better understanding China, but before you start reading it’s important to understand that there is not one single ‘Chinese culture’. There is no singular understanding of China. China is more difficult to understand than many other countries due to its vast size. Between regions, provinces and even cities there are huge differences in the way people behave, the languages they use and the cultural values they adhere to. Although these factors make China difficult to understand, they also make the country an absolutely fascinating place.

History helps us to understand why societies are the way they are. As such, with over 3,000 years of recorded history, China’s historical texts provides an excellent window through which to learn about the country.

Whether it’s the rise and fall of China’s 13 dynasties, the life of Confucius, the invention of paper, the Opium Wars or the Chinese Communist Revolution, there are plenty of insights from China’s history which will enlighten your understanding of modern-day China.

China’s literary cannon, includes some of the world’s most famous texts. ‘The Art of War’ by Sun Tzu, ‘Journey to the West’ by Wu Cheng’en, and the Confucius text ‘The Analects’ have all been appreciated by readers for hundreds of years.

Throughout the 20th Century Chinese writers continued to produce many groundbreaking texts. The lifestyle magazine Time Out, ran an excellent feature on the best Chinese fiction books of the past 100 years. The books were chosen and voted for by Chinese literature experts, novelists, literary agents, publishers and journalists. All of the books in the list were chosen because they, ‘illuminate some interesting aspect of Chinese society; historical or modern, observational or analytical, playful or scholarly; poignant and relevant to readers today.’

If you are looking to learn more about China, here are another 10 books you should read. Not all of these texts were written by Chinese writers, but these books will help give you a broad perceptive on China, Chinese society, history, philosophy, art and culture.

“Language is the road map of a culture. It tells you where its people come from and where they are going.”

Language and culture are intertwined. Language is a product of the thought and behaviour of a society. It represent the culture of that social group and by learning the language, you are also learning the behaviour of people in society and their cultural customs.

You cannot truly understand, or appreciate, a culture without accessing its language and China is no exception to this rule. If you really wish to understand this country’s people and culture, you need to learn some Chinese.

“Language is not a genetic gift, it is a social gift. Learning a new language is becoming a member of the club – the community of speakers of that language.” Frank Smith

“Travel is fatal to prejudice, bigotry, and narrow-mindedness, and many of our people need it sorely on these accounts. Broad, wholesome, charitable views of men and things cannot be acquired by vegetating in one little corner of the earth all one’s lifetime.”

Many tourists come back from their travels thinking they are suddenly knowledgeable about a country they visited for two weeks, when in reality they’ve done little more than attend a few cultural performances and eaten some exotic cuisine.

Travelling can certainly provide opportunities to learn a lot about China, but it requires energy, effort, and commitment on the part of the traveller. Connecting with local people and speaking to them about their experiences is a more efficacious way to learn about China than simply watching a traditional dance or joining a lantern making workshop.

As mentioned in the previous section, building relationships and having conversations with people is an excellent way to learn about a country.

Food is always an easy topic of conversation. You will also find that many people you meet will also be comfortable talking about their city, its history, its festivals, the local culture and local cuisine.

There are a number of topics which are a little more sensitive. Politics is a definitely a delicate subject, and one which you’ll find locals are reluctant to discuss with foreigners. The other topics which are foreigners are advised not to discuss with locals are the three Ts; Taiwan, Tibet, and Tiananmen. Given the recent protests in Hong Kong, and Beijing’s controversial reeducation camps in Xinjiang, you’re also unlikely to find many people willing to discuss these topics either.

If you would like to know the thoughts and options of people in China on a range of hot topics, including some sensitive topics, then be sure to check out our ’50 Interviews Playlist‘. You’ll learn what people think of same sex marriage, censorship, dating, cursing, Covid and climate change.