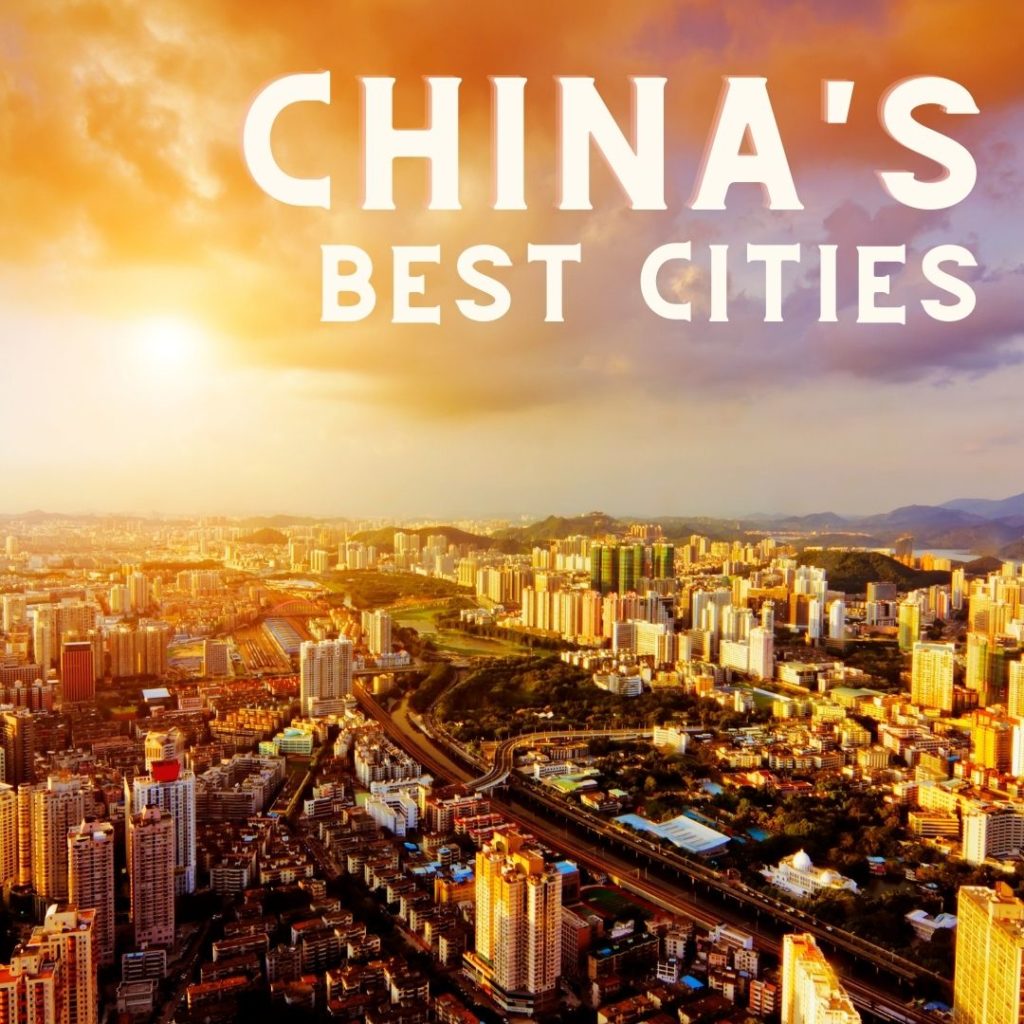 Rates of Covid infection in China have been low for a number of months, with an average of 40 new infections per day, well below most countries in Europe and the Americas. As the coronavirus comes under control in its country of origin, it is widely anticipated that China’s leaders will reopen the country to foreign travellers in the coming months. When Beijing gives the green light to foreigners to return, there is likely to be a surge in interest from people keen to sample the delights of this incredible country. So if you are travelling to China in the year ahead, which cities should you visit? What are China’s most popular cities for foreign travellers and expats?

Travelling in China is an incredible, enriching experience but it can also be rather daunting at first. A different culture, a foreign language, hundreds of dialects, exotic food, bustling cities and unfamiliar customs can all add to a sense of trepidation for those unfamiliar with the country. This makes it all the more important to plan a bit and be prepared – and we are here to help!

Listed below are five of China’s best cities, each of which will provide an unforgettable experience, deepen one’s understanding of Chinese culture, and ensure your stay is truly enjoyable!

Like New York, Shanghai promotes the allure of opportunity and it is opportunity which has attracted millions of individuals from across the country to flock to this metropolis. It’s not only Chinese workers who have sought their fortunes in Shanghai. For more than 150 years, travellers from overseas have sought business opportunities and employment in China’s most cosmopolitan city.  Currently, it is estimated there are 200,000 expats living in Shanghai, and that number is likely to climb when Covid travel restrictions eventually lift.

While foreign bankers, managers, engineers, coders, architects and designers have moved to Shanghai for well-paid employment, many have stayed far longer than they anticipated after falling for the city’s undeniable charms. Fine dining, delicious street food, exclusive shopping malls, crowded night markets, vibrant nightlife, architectural marvels, world-class art galleries, ancient buddhist temples, historic waterways and spacious urban parks make Shanghai one of the most exciting cities in the world. Whatever your interests, however you like to spend your days off, you’ll find exactly what you like in this city of cities!

Hong Kong is not just an economic success, the city has a rich and vibrant culture which manifests itself in art, fashion, cuisine, theatre, cinema and architecture. Furthermore, the beauty of Hong Kong is not limited to the city’s tourist attractions , the city’s urban beauty can be found in every corner of this sprawling metropolis.

Across the waters from Hong Kong is Shenzhen which has only recently celebrated its 40th anniversary.

In those 40 years, Shenzhen has grown from ‘a small fishing village’ to a metropolis that rivals Hong Kong. With more space and more structured urban planning, Shenzhen has become a city that over 13 million people happily call home. One of Shenzhen’s biggest surprises is the amount of green space throughout the city. There are tree-lined streets and giant parks, some so large it takes hours to walk around them.

Xian is located deep in China’s western region and proudly has its own diverse culture. Xian was one of the first cities in the world to have a population of over one million people. It was one of the most important points on the Silk Road and the city has a history dating back 6,000 years.

Despite being located far from China’s coastline, and the country’s other popular cities, Xian remains popular with travellers attracted by the city’s rich culture. Historical sites can be found throughout the area and Xian is home to the world famous Terracotta Warriors. Over the centuries, Xian has been at the centre of many historical turning points and to understanding the history of Xian is gain a deeper understand of China’s history.

It is estimated that over 20,000 foreigners are currently settled in Xian. Many are attracted to the city by the opportunity to immerse themselves in culture.

Besides history and culture, many people are attracted to Xian to savor the region’s delicious cuisine. Xian food is often regarding as the best in China. Particularly popular dishes include local hamburgers, known as roujiamo, as well as local noodles and kebabs – all of which are absolutely delicious!

Chengdu, the capital of Sichuan province, is becoming increasingly popular with international tourists , as more people from Europe, America and Australia travel to discover Chengdu’s rich and vibrant culture.

Despite having a population of over 12 million, Chengdu  is one of China’s most liveable and most hospitable cities, with mild weather, a quaint old town area, buildings of historic importance, charming teahouses, UNESCO recognition and some of the country’s best cuisine.

Chengdu also has ambitious plans for the future, aiming to further improve the city’s environment by making Chengdu a ‘City of Gardens’ , with the world’s largest network of paths linking hundreds of parks, gardens and ecological zones, effectively enveloping Chengdu in one massive garden.

The city’s existing green spaces are already being expanded, the city’s infrastructure will be “greened” with flowers and trees, and one of the world’s largest parks, Longquan City Forest Park (1,275 sq km) will be fully open to the public in 2035.

As these plans come to fruition, Chengdu can expect to secure its place alongside Asia’s top destinations, and remain a popular with international tourists for many years to come!

Qingdao is probably the least familiar name on this list, but it is a city that surprises and delights all who visit and Qingdao was recently ranked among the top most attractive cities in China. Qingdao is a bustling port city with beautiful sandy beaches located on the Yellow Sea. The mountains which look down over the city and the coast provide some fantastic climbing experiences.

Huiquan Bathing Place, in Huiquan Bay, is the city’s most popular beach, covering an area of 24,000 meters squared and surrounded by green mountains. This soft sandy beach attracts thousands of people from across China and abroad, especially during the warm summer months.

Another great place to place to visit around Qingdao is the famous Baguan Mountain (八关山). In the 1920s and 1930s, contemporary Chinese writers such as Hong Shen  and Shen Congwen moved to this area to write. The environment is quiet and beautiful – an inspirational area for anyone looking to work creatively.

Qingdao is also famous as the home of Tsingtao Brewery, producers of one of China’s best beers. The famous brewery was founded in 1903 by German settlers and the company is now China’s leading beer exporter. As befits a city with a famous brewery, Qingdao also hosts China’s most famous ‘Beer Festival’, which takes place in May each year!

Whether you want to explore the mountains or relax on the beach and enjoy a beer, you’ll find Qingdao is a terrific city to visit!