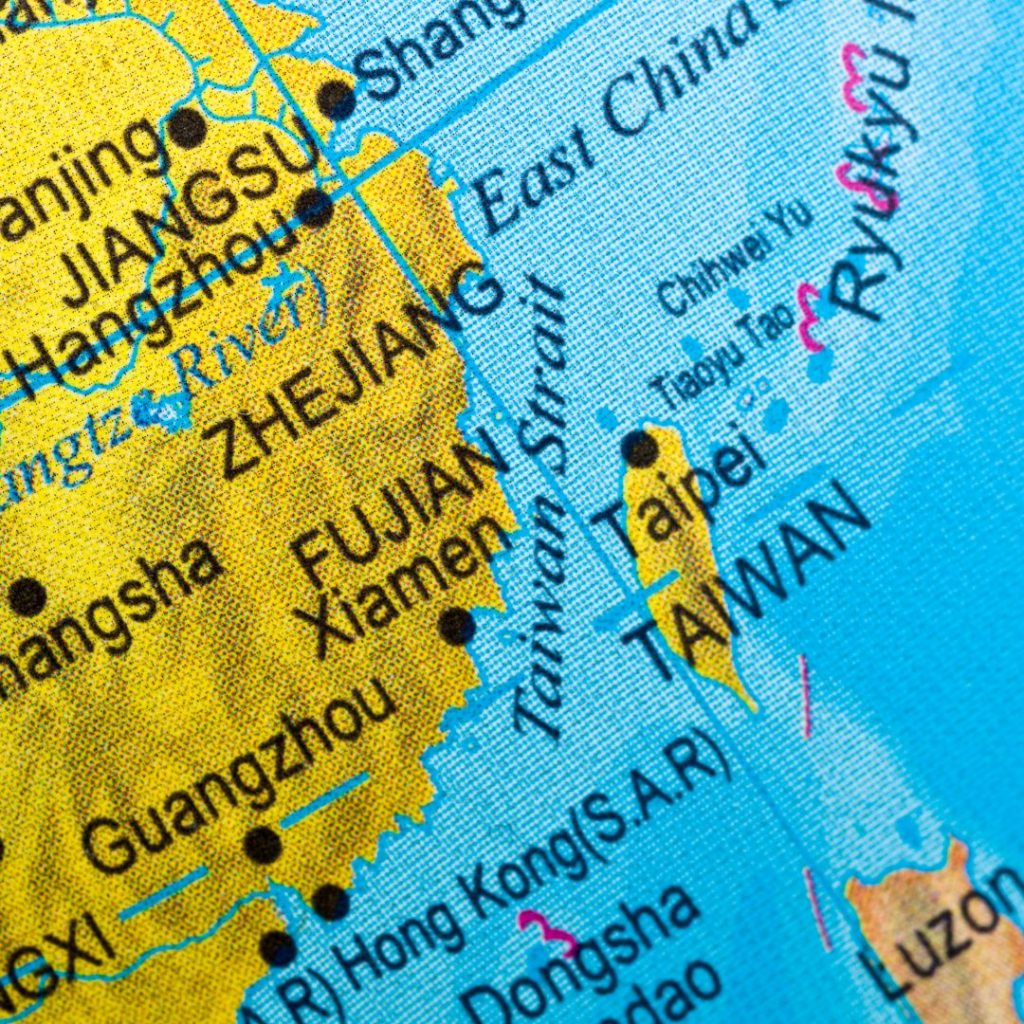 From the moment it became know that the US House Speaker, Nancy Pelosi, was planning to visit Taiwan during a tour of Asia, the Chinese leadership made it very clear she should not ‘interfere’ and that Beijing would retaliate. These statements from senior Chinese officials meant that as soon as Pelosi landed in Taiwan, Beijing had to retaliate and back up their threats with action. Taiwan has since been subject to trade sanctions, cyberattacks and a sea blockade caused by China’s most intense military operations in modern times. Observers are now wondering how far China’s retaliation will stretch.

Taiwan is a modern self-governing democracy with its own constitution and a strong economy. The island has been self-governing since the end of the Chinese civil war (1949), when the ousted the government of the Republic of China (ROC) escaped mainland China.

Beijing considers Taiwan a breakaway province which will eventually be under China’s control. President Xi Jinping has said ‘reunification’ with Taiwan must be achieved. Regardless of the high human and economic costs of conflict across the Taiwan Strait, it is believed by many observers that Taiwan will become part of China within the next two decades. In 2049, Beijing will celebrate 100 years since the Communist Revolution in and gaining control over Taiwan would be a bold statement of the country’s might and reinforce Beijing’s ‘Centenary Goal’ of democracy, prosperity and harmony. Some observers believe that Beijing could move to capture Taiwan much sooner that 2049, suggesting President Xi Jinping has ambitions to complete the reunification of ‘all Chinese children’ during his next presidential term, which will end in 2027.

Pelosi’s visit makes her the highest-ranking US official to visit Taiwan in 25 years. China has blamed the US for being needlessly ‘provocative’ and accused the country of ‘playing with fire’. To emphasis this Beijing announced four days of live-fire military drills surrounding Taiwan.

Chinese state broadcaster CCTV confirmed that, “six major areas around the island have been selected for this actual combat exercise and during this period, relevant ships and aircraft should not enter the relevant waters and airspaces.”  These operations ran for four consecutive days, from Thursday 4th to Sunday 7th August.

The ‘unprecedented’ nature of China’s military exercises in the Taiwan Strait was emphasised by the state-run newspaper Global Times which reported that missiles flew over the island of Taiwan for the first time. Some of China’s military drills took place within just 20 kilometres from the shore of Taiwan’s shore, well beyond the Taiwan Strait median line. Taiwan’s foreign minister informed the media that the military drills were used to prepare plans for an attack on the island. There are concerns that the intrusions the Chinese military has made on Taiwan’s territorial waters during these four days will become more frequent in the months ahead.

With four days of military exercises complete without causing any conflict there has been a collective sigh of relief from Taiwan and neighbouring countries. The biggest fear during China’s sabre-rattling was the risk of accidental escalation caused by human error. China’s actions were not met with any retaliation from Taipei. Taiwan’s president vowed to act in self-defence when necessary but not to retaliate.

Since the announcement of Nancy Polesi’s visit to Taiwan, the country has been subject to a record level of cyberattacks. According to Taiwan’s digital minister, the volume of cyber attacks during the days of Pelosi’s were 23 times higher than the previous daily record.

A Chinese hacker group named APT 27 claimed responsibility for many of the cyberattacks saying they were done to protest Pelosi’s visit. The hackers also claimed they had shut down 60,000 internet-connected devices in Taiwan. Some 7-11 convenience stores in Taiwan were also subject to cyberattacks with the in-store digital screens hacked to display the words: “Warmonger Pelosi, get out of Taiwan!”

China also slapped trade sanctions on Taiwan as a result of the US House Speakers visit to the island, blocking the import of selected fish, fresh fruits and confectionery.

One trade item from Taiwan not sanctioned was Taiwan’s highly sought semiconductors. Taiwan is the world’s largest exporter of semiconductors, supplying about half of the global demand. China relies heavily on Taiwan for these and purchases tens of billions of dollars worth of chips each year.

Beijing blocked the export of sand from China to Taiwan. Chinese sand is crucial for Taiwan and the island imports over 5 million tons of sand each year. The sand is used as a raw material for building and construction projects as well as producing silicon wafers in microchips.

How long the trade sanctions remain in place remains to be seen, and whether China begins more regular military exercises in the Taiwan Straits will be followed closely by international observers. Tensions could cool in the months ahead if China’s local audience perceive the past week’s ‘retaliation’ was sufficient. Ultimately, Beijing would prefer reunification with Taiwan to be achieved peacefully and without the costs of war, but the actions of the past week have only strengthened Taiwan’s resolve.